Ethel C. Krepps, wrote in a 1979 True West article (March-April, pg. 10f) about the lives of early day Kiowa in what became Oklahoma. It is a fascinating compilation of articles sharing accounts of how people of many races and heritages contributed to what is known as Oklahoma. The article, “A Strong Medicine Wind” is reprinted in Oklahoma Memories (University of Oklahoma Press, 1981), edited by Anne Hodges Morgan and Rennard Strickland.

In one section of the article, dealing with mourning and grieving customs among these native peoples in Oklahoma, mention is made of Krepp’s grandfather. On at least two occasions, the author informs us, the man was witness to ghosts of departed children and relatives. One is particularly intriguing because the youthful ghost seemed to casually walk around inspecting things before fading to never be seen again. The sightings occurred in the homestead, lands, and nearby church while the man resided in, and around, the area of Mt. View.
1 comment: Links to this post

The "Sistine Chapel" of prehistoric art, the Lascaux Cave in France, is breathtaking. They are thought to date to at least 15,000 BCE. Ancient, prehistoric (beetle browed, shuffling, grunting) 'cave men' created these images as tokens and pleas to the Gods of the Hunt....
Over the years the primary images seen have been of specific images. A horse like creature is one. They are often coupled with similar cave paintings from Australia, the SW United States and other locations. The general impression is a bored cave dweller simply rolled over in the dark cave and began painting on the walls. Indeed, that very image is portrayed in some books....
The truth, as if so often the case, can be much stranger the closer one looks. The images are large and scale UP the walls to the ceiling area.......this leads to the inevitable question.....how did they get up there?
1 comment: Links to this post

Snakes on a Plane!!

For Real! And I'm less concerned about the venom of sea creatures than I am wondering what has happened to the English language and the study of Latin (esp. as it relates to the plural)...
1 comment: Links to this post 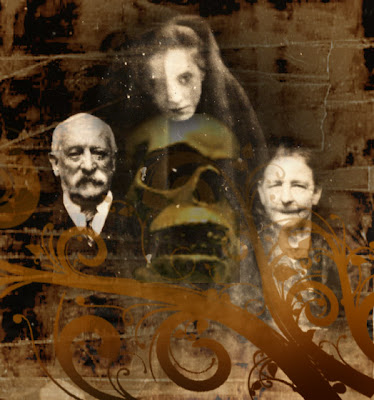 ON ASSIGNMENT: SPAIN and MOROCCO

Come Saturday, I will be away for two weeks, exploring the Kasbahs of Morocco, the mysterious "pyramids" of Guimar on Tenerife, and the ancient cities of Spain. When I return, I imagine I will have plenty to share. Aside from the aforementioned pyramids of Guimar, I will also visit a cathedral in Valencia that is supposed to house one of the "Holy Grails" (doubtlessly they deem it THE Holy Grail) and to also visit some of Spain's haunted and mysterious places.

In the meantime, someone will be posting in my absence. I look forward to sharing all I discover on this journey.
2 comments: Links to this post

England's "Most Haunted" Come Face To Face With Fear

The authors of Ghostlahoma, a recently-published book featuring first-hand accounts of the haunted variety, are now seeking more tales of ghostly goings-on in the Sooner State. For a subsequent work, Tonya Hacker and Tammy Wilson are seeking personal accounts of any spirits you might have encountered at hotels, restaurants, and stores.
No comments: Links to this post

Check them out here. You might end up agreeing with me in that some of these almost seem staged, as if those "caught" knew the car was coming through.
1 comment: Links to this post

Email ThisBlogThis!Share to TwitterShare to FacebookShare to Pinterest
Labels: Weird 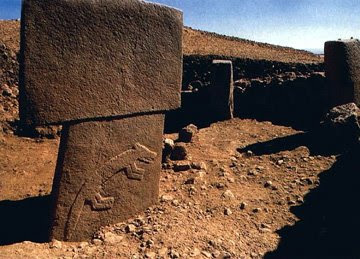 Fascinating read that examines an extraordinary archaelogical find in eastern Turkey: a stone temple dating back more than 10,000 years. The author postulates whether this could be the inspiration for the Eden myth.
1 comment: Links to this post