Hushing the Moon Hoax and 'Our Flag Was Still There'

NASA's Lunar Reconnaissance Orbiter has snapped an image of the Apollo lander, which should (but probably won't) quell those pesky moon-landing-was-faked rumors that have plagued us for decades. The Orbiter also delivers proof that, as the anthem declares, our flags are still there. Read more HERE
2 comments: Links to this post

Karl Shuker examines the lupine who have moved among us for centuries over at Shukernature
No comments: Links to this post

Inexplicable goings-on at a Louisiana pizza parlor prompted owners to catch something on video. And did they. Check it out for yourself and decide if it's another hoax or genuine evidence of paranormal activity.
1 comment: Links to this post

Round Up Of The Weird 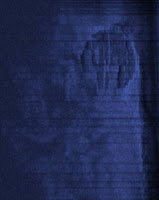 It ain't the X-Files, but here is an overview of the FBI's involvement with unexplained phenomenon in years past. HERE

Have treasure hunters located a crashed UFO at the bottom of the Baltic? Sonar scans reveal a strange, Millenium Falcon looking disc that appears to have crashed into the seabed. HERE

UPDATE: Some think this may, in fact, be the remnants of a Nazi-era anti-submarine system lost since the end of the second World War.
1 comment: Links to this post 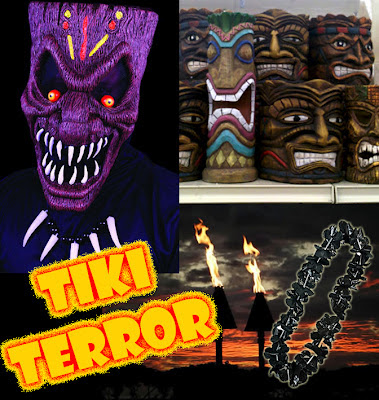 Stores are already getting in Halloween merch, if you can believe it! Middle of July. Of course, it's crazy, over-priced full retail right now, but that got me to thinking.... A few aisles over was an assortment of summer tiki items that I realized were quite grotesque--and 50% off! With a few smart selections and the addition of items like black leis (from the likes of Oriental Trading Company), you could easily and inexpensively put together a completely different kind of Halloween party this fall: TIKI TERROR!! What's awesome is that some of the decorative pedestal tiki gods had eyes and mouths that lit up. Why do another vampire/ghost/zombie theme this year (unless you just really, really want to)? Try tiki!!
2 comments: Links to this post

Is a vampire on the loose in Corpus Christi?
by Jim Forsyth

Police say a 16 year old boy was walking down Shoreline Boulevard near Corpus Christi Bay Wednesday night, when he accidentally bumped into a man, who turned around and bit him in the neck.

"Apparently he left a bite mark and broke the skin and took some skin off," Senior Police Officer Julia Hernandez-Garcia told 1200 WOAI'S Michael Board.

The teenager was taken to the hospital by his mother and was not seriously hurt.  The suspect, described as a Latino male in his early twenties, ran away after biting the boy's neck.

"This is a very unusual case," she said.  "I've been here for 27 years and I've never heard of anything like this." Read more: HERE
3 comments: Links to this post