WRITE IN THE DEAD OF WINTER (REDUX) 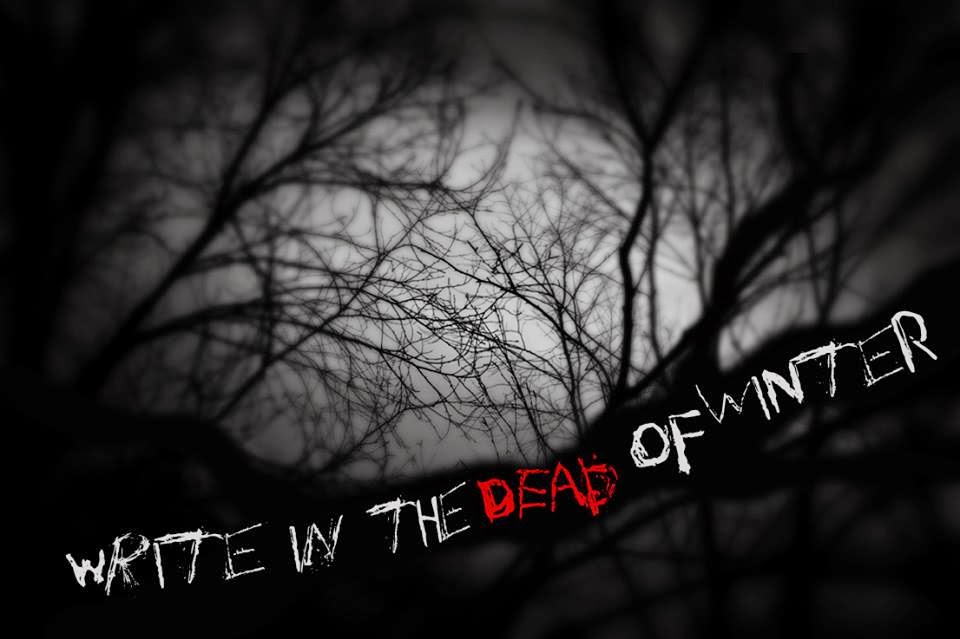 I gave it a shot last winter without any success, but I'm not ready to throw in the towel quite yet. To that end, I'm resurrecting the mouldering corpse of last year's inaugural WRITE IN THE DEAD OF WINTER contest, but doing so early enough that hopefully more people will get on board. I don't have all the details hammered out, but I'm thinking cash prize and I'll post the entries at a new blog I'm setting up: Dark Passages, which is incidentally the name of the new imprint for all Whorl Books horror titles going forward. Maybe we'll even publish some type of anthology.

So click your pens, whip out your laptops, or pluck a quill from a crow and pen your darkest fears in the thickest blood... These will be short stories and microfiction (aka, short, short stories or flash fiction) on whatever dark theme you feel like hitting up: psychological horror, terror of the uncanny, classic gothic ghost story, Lovecraftian horror, good old-fashioned monster tale.... Make us shiver. WRITE IN THE DEAD OF WINTER.
4 comments: Links to this post

Professor Florentino Amanghino, an Argentine scientist (1854 - 1911), was the founding father of South American paleontology and a driving force in the field world wide.

However, according to one source, a curious gift was once delivered to his office from the region of his country known as Patagonia that would baffle the Professor and cause him to question his scientific beliefs. Inside, according to an attached note, was a partial specimen--a piece of hide--of an animal the locals had killed but were unable to identify.

Shaken, Amanghino asked a colleague how old he estimated that bit of skin to be.  The man agreed that it couldn't have been more than a year old, given its fresh and pliable state. "What sort of hide is it," the man asked.

The professor paused, knowing his words wouldn't be believed, "It is from a giant sloth."

As expected, the Professor's colleague sputtered his incredulity at such a preposterous assertion. "Are you mad? The giant sloth died out 25
million years ago!"

Professor Amanghino remained convinced he had correctly identified the sample for the remainder of his career, begging the question: Do extinct creatures still roam the wild and remote environs of Patagonia?
1 comment: Links to this post

The Phantom Monk of Sawtooth Mountain 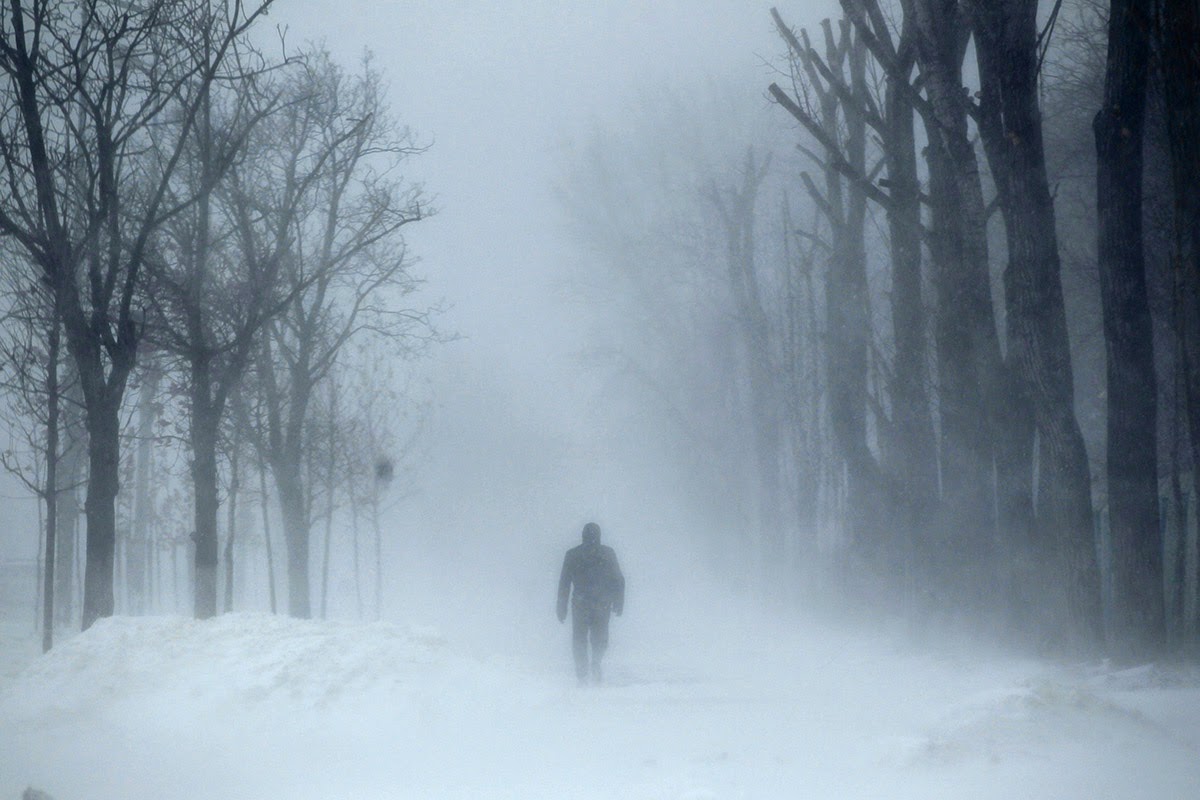 Mr. and Mrs. Joseph Holland decided to leave the hustle and bustle behind and vacation in the remote environs of Alaska at the foot of Sawtooth mountain one summer in the early part of the 20th century.

One evening toward the close of their trip the couple found themselves talking to a barkeep in their village about venturing through a pass in the mountains to explore a nearby valley. The couple was concerned about getting lost since they had heard there were snowstorms through there almost daily.

"Oh, you'll get lost all right," the bartender said. "But don't worry about it. You'll be okay."

The man's assurances didn't quite quell the couple's concerns, but since the following day began so beautifully, the pair decided to give it a go. They hitched up a team of dogs to their sled and proceeded into the mountains.

However, as they approached the pass, the once beautiful skies grew leaden, the wind picked up, and fat flakes of snow began whipping around them.

It wasn't long before visibility was nearly nothing and the couple grew nervous. Had this all been a terrible mistake? Should they turn around?

The two argued these points for several minutes when suddenly the wife called out.

"Look over there! There's a man out there in the storm."

The husband soon saw the figure, too. He seemed to be dressed as a monk. What's more they noted a dog trotting alongside.

The stranger in the snow motioned for the couple to follow him. Hesitant but desperate, the couple guided the dogs to follow the strange figure through the blizzard.

In a while they came through the valley and the skies cleared some. The wife leaped from the sled to thank the stranger, but he was gone.

Later, when the couple finally returned to the village, the once again met up with the barkeep.

"Well, you made it through, I see." The bartender commented.

"A monk?" The bartender asked.

Apparently, the vanishing monk had been guiding travelers through the valley for almost 200 years.

Sawtooth Mountain lies roughly 60 miles northwest of Fairbanks, between the Yukon and Tanapa rivers and rises 4,639 feet. To the west of the mountain lies the interestingly named Blizzard Creek. Stibnite (or Antimonite) has been mined on the mountain, but no roads reach this remote region. Instead, travelers come up by river and then proceed on foot or by sled. If there was once a village in the vicinity of the mountain, it seems to be lost to history.

A popular radio program from the 1950s, Incredible, But True, might have been the genesis for the preceding legend. It seems every reference I can find to the Monk of the Sawtooth Mountains links itself to that show. If there is an actual local legend about a phantom monk, it's an obscure and likely moribund one. However, it is also likely that the talented and creative writers behind Incredible, But True conjured many of these otherworldly tales from their own imaginations.
No comments: Links to this post

The Brit and the Beast Captain Choate, Order of Distinguished Service, was stationed in Nigeria during World War I as Great Britain kept its grip on the former German colony.

It was in October 1918 that local tribal leaders told him about a man who transforms into a Hyena. The hunters knew this because they had followed the hyena prints after several attacks on both people and livestock. The men were amazed to see how the hyena prints transformed into human ones as they approached the next village.

Captain Choate joined the hunters as they tracked the creature to a moonlit clearing. Once spotted, the Captain took aim and fired. The men started as a fearful scream erupted from their quarry. Surely this must have been a mortal wound, they thought, and raced to the spot where the Hyena fell.

However, once they arrived they found no sign of the creature. To their discomfort, however, there was a bloodied human jaw on the ground--and a trail of blood leading in the direction of a nearby village. The Captain knew his aim was true. Now it was simply a matter of tracking the beast before it could attack another poor soul like this man whose jaw now sat in the bloody grass before them.

They followed the trail toward the next closest village, but it abruptly vanished. Exhausted by the hunt, the men went to the hut of an old man and asked if they could pass the night in his home and resume the search at first light. The man agreed and the hunting party settled in.

When the awoke in the morning, their host was gone. But as they stepped out into the early light, they spotted the old man coming down the path toward them, seemingly agitated. The old man told the hunters that he had gone to see his neighbor, another elder in the tribe, but found him dead. Someone had shot him in the face, shearing off his jaw bone in the process.
1 comment: Links to this post