I'm calling it a hoax. In the tags for this video on youtube, the poster has included every word conceivable to route searches to this dubious bit of evidence, including "Blink 182", "Jessica Simpson", "Funny", "Prank", "Gummy Bear Song"...  It just goes on. This is nothing but classic trolling for hits.
No comments: Links to this post 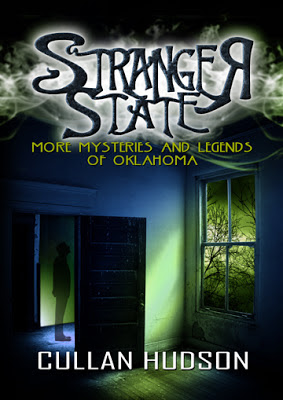 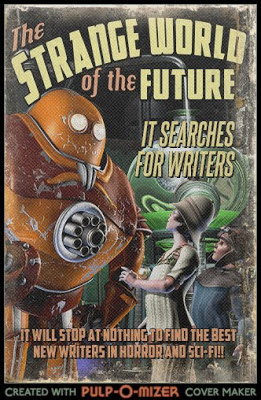 Something is coming in the near future and it will be looking for writers. There's no hope of stopping it, but if you offer up your best short fiction you might just live to see tomorrow. It wants--no, it NEEDS--good horror, sci-fi, paranormal... It will even want essays on horror and sci-fi in literature and film as well as art, photography, props, and more. You can feed this monstrous creation your best written accounts of true encounters as well as essays on the paranormal and fringe science. It must be fed the weird, the strange, the dark, and the bizarre from this world or beyond.
No comments: Links to this post 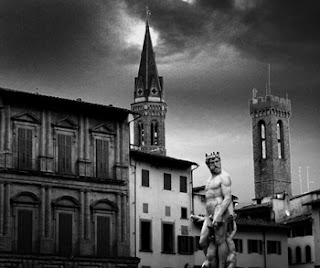 REPORTEDLY HAUNTED BY SPIRIT OF THE FAMOUS ITALIAN POET, DANTE ALIGHIERI. WITNESSES HAVE CLAIMED TO SEE THE WRITER'S 'SHADE' STALKING THE ABBEY IN SEARCH OF HIS LONG-LOST LOVE, BEATRICE.
No comments: Links to this post

The Ghost of Palazzo Vecchio

Palazzo Vecchio, a photo by freshEIRE on Flickr.
At the heart of Florence sits the imposing facade of Palazzo Vecchio, a one-time fortified palace for medieval big wigs in Tuscany. Built in 1299 as the seat of power for one of many warring city-states in what we now call Italy, the palazzo is haunted by Baldaccio d'Anghiari, a 15th century rival to Cosimo de Medici. In their bloody rivalry, Baldaccio was murdered by a Medici loyalist. Now his vengeful spirit wander the dark corridors of the palace from which he once ruled.
No comments: Links to this post

Spanish Steps, a photo by freshEIRE on Flickr.
The ghost of John Keats, the famed English writer, has been reported stalking the rooms of his former apartment near Piazza di Spagna (aka The Spanish Steps).
No comments: Links to this post

St. Peter's Basilica, a photo by freshEIRE on Flickr.
A few years ago, a couple visiting St. Peter's Basilica at the Vatican snapped an image they believe to be the luminous form of an angel. Others believe it is just a lens flare. Other tour group videos and photos have caught what they claim to be specters as well, but often these are artifacts of slow shutter speeds or misinterpreted conglomerations of shadows and light. As with most bastions of Catholicism, it is hard to scare up ghost stories surrounding the Vatican. Surely they exist, but what little floats around seem to be mistaken identities such as these by visiting tourists.
No comments: Links to this post

Egyptian Obelisk Rises From Bernini's Fountain of the Four Rivers, a photo by freshEIRE on Flickr.
Messalina, wife of Emperor Claudius, some say haunts the Piazza Navona area.

The piazza was built upon the site of an old Roman circus constructed by Domitian in AD 86. In the 15th century it was paved over and has served as a public market since.

Olimpia Maidalchini (born on 26 May 1591[1] – died on 27 September 1657) was the sister-in-law of Pope Innocent X .  However, despite this power and prestige, Rome had no love for the woman whose greed and ruthlessness included theft of church property and the poisoning of cardinals to further her own political agenda. Now it is said her vile apparition can be seen racing through Piazza Navona, laughing hysterically.
No comments: Links to this post

I watched an episode of Ghost Hunters recently, which I almost never do anymore, and was actually quite impressed. No, not by their investigation--never that. I was impressed by the haunted history and, in particular, the reported mass sighting of a ghost that occurred.

The gang ventured to Bartonville, IL to investigate the Illinois Asylum for the Incurable Insane--aka the Peoria Asylum--a massive, rambling structure that opened its doors in 1902 under the auspices of Dr. George Zeller.

It is said that in his memoir, Zeller wrote of an old patient-cum-staff member by the name of Manuel A. Bookbinder who worked burial detail for years. I haven't read this memoir, but supposedly whenever "Old Book" (as they called him) buried someone he would weep openly; it affected him that much. It was a testament to his humanity and one of the reasons he was so beloved by the staff and patients. When Bookbinder himself passed on, over a hundred people gathered for his funeral, including Zeller. To their shock, the attendees heard a familiar wailing and looked up in horror to see Bookbinder leaning against a nearby elm, prostrate with grief--at his own funeral.

That this event was witnessed by over a hundred individuals, many of whom were professional, sober-minded men and women of science struck me as fascinating. To be honest, I'm surprised I had never heard of this tale before. So, I thank the folks at TAPS for that.

On a side note, I would like to say that the first few minutes of a Ghost Hunters episode are always my favorite: the history, the hauntings, the legends...the story. The process of investigating, as anyone who has done it knows, can be incredibly tedious, which forces the production staff to make it sexier. We end up with all these "What was that?!" and "Did you hear that?!" and jump-cuts to someone's freak out expression. I think if they edited this show differently, interspersing, the history and myths and prior evidence throughout the episode, it might be more watchable for me. As it stands, I tune in for the history of the place (assuming it's a place I find interesting) and then I wait for the reveal to hear the EVPs and watch what specter they might have captured on (always, ever always) their FLIR camera.
1 comment: Links to this post

Poltergeists in the Past

Poltergeists, those pesky "ghosts" that inspire so much fiction, have a long and controversial history that has been chronicled well by some rather famous and respected figures.

The word (meaning noisy spirit in German) is apropos given that these manifestations are usually quite tumultuous: dishes being thrown, furniture knocked over, and even strange apports manifesting on sudden and violent trajectories. Voices have been heard as well as screams, scratching, and knocks. Accounts of such chaos likely date back to the beginning of recorded history, but there are certainly well-documented accounts from as far back as the 17th century...

"Another sort of these there are, which frequent forlorn houses, which the Italians call Foliots, most part innoxious, Cardan holds; they will make strange noises in the night, howl sometimes pitifully, and then laugh again, cause great flame and sudden lights, fling stones, rattle chains, shave men, open doors, and shut them, fling down platters, stools, chests, sometime appear in the likeness of hares, crows, black dogs." -- Robert Burton, The Anatomy of Melancholy, 1621

So, too, did the rector Samuel Wesley (father to John) report of manifestations in his parsonage at Epworth in Lincolnshire. Between December 2, 1716 and the end of the following January, he, his wife, and their children were plagued by inexplicable goings-on.

From letters written to family and friends, we have the following quotes:

[from Samuel Wesley] "Something like the steps of a man was heard going up and down stairs, at all hours of the night.

We heard, as Emily had done before, a clashing among the bottles as if they had been broke all to pieces.

My wife looked under the bed and thought something ran from thence, but could not tell what shape..."

[from Mrs. Wesley] "I heard frequently between ten and eleven something like the quick winding up of a jack at the corner of my room by my bed's head, just the running of the wheels and the creaking of the iron work. this was the common signal of its coming.

One night it made such a noise in the room over our heads as if several people were walking then run up and down the stairs...

Something ran out pretty much like a badger and seemed to run directly under Emily's petticoats."

[from Emily] "The same creature was sat by the dining room fire one evening; when our man went into the room, it ran up by him through the hall under the stairs. He followed with a candle and searched, but it was departed. The last time he saw it in the kitchen, like a white rabbit, which seems likely to be some witch."

[from John Wesley] "Whether our clock went right or wrong, it always came, as near as could be guessed, when by the night it wanted a quarter to ten."
1 comment: Links to this post