PHONE CALLS FROM THE DEAD

On 9/20/1988 bestselling writer Dean Koontz received a strange call at his unlisted number. The woman's voice sounded distant and it faded further each time she repeated her urent message: "Please, be careful!" After he hung up, Koontz was left with the impression he'd spoken to his deceased mother. Two days later the author was attacked by his father, Ray, while visiting him in a care facility. Ray had secretly purchased himself a fishing knife which he used to slash at his son but the writer managed to get it away from him. When the police arrived, they pulled their weapons on Koontz who was now holding the weapon, thinking he was the culprit. Recalling the phone warning, Koontz realized THIS was the scenario for which he received the call.
No comments:

Blue Man of the Ozarks

From the dark forests and hills of the Ozarks comes an old legend of a hirsute figure that stands in testament to the longevity of Bigfoot sightings in the region. In contrast to the assertion that this is a recent phenomenon, the tale of the Blue Man stretches back at least as far as 185 when a renowned trapper and hunter by the name of "Blue Sol" Collins encountered strange tracks in the snow along Blue Creek, near the confluence of the Missouri river and Auxvasse Creek.


Collins described the tracks as bear-like with claws marks, but they would have had to have been the biggest bear he had ever seen. Without trepidation, the seasoned hunter stalked his quarry for many miles, eventually coming to Twin Mountain.


As Collins climbed the slope, he was suddenly assaulted by several large boulders running down the hillside toward him. He was luckily able to dodge the rockslide, but as he looked up, he spotted an enormous, 9-foot tall, hairy man. The figure was clad only in a leather breech, an animal pelt over his shoulders, and primitive shoes tied with strips of leather that left the left the claw-like impressions in the snow.


Collin could see the man--or whatever it was--held a long wood branch that had been used as a lever to dislodge the enormous rocks. The strange figure had set the stones free on purpose.


Collins took stock of the situation and decided--perhaps wisely--to discontinue his pursuit of the hairy figure.


Strange occurrences were reported over the intervening years (missing livestock, etc.), but no sighting of the wild man was reported until 1874 when over a dozen men witnessed it and gave pursuit. Expert as these men might have been at hunting in these woods, they were unable to capture it.


By this time, the name "Blue Man" had come into use in describing the wild man. It is not clear why, but it may be that because "Blue Sol" first reported the strange apparition, that locals took to calling him "Blue's Man" and then later simply "Blue Man." Over the next few decades, like a very long game of telephone, the details would evolve and it would be said the creature was of a purplish-blue color.


Legends even sprang up to explain its existence. One of these involved a French trader who came into the region when it still belonged to France, taking with him a young Spanish woman whom he gifted to a local tribe. From their offspring, the Blue Man evolved, according to a local named "Uncle Jerry" who had lived in the region since the 1820s.


Another search was mounted in 1890 when sightings cropped up. This, too, was an unsuccessful venture. In 1911, a den was found in the hills that locals believed was its home, but the creature was nowhere to be seen.


In 1915, a farmer went in search of two errant lambs. He found their bloody remains in a remote hollow. The following day, the farmer spotted the "Blue Man" chasing after a hog in those same woods. Others had similar sightings.


The descriptions of the creature at this time described a somewhat changed being: thinner, less robust, and its formerly black hair had grown gray. Still, the beast was feared.


Accounts in newspapers seem to die off by the 1930s, but it's likely that the Blue Man was still well known for decades thereafter. While, it's a bit more obscure legend these days, tales of Bigfoot like creatures are still strong in the region.


My grandfather grew up in the area and had his own stories to tell, including the time when I was kid and he had gone outside to scare off a strange, hairy creature that moved on two legs as it tried to get at my grandfather's hogs.
No comments: 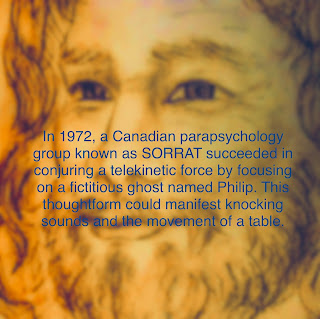