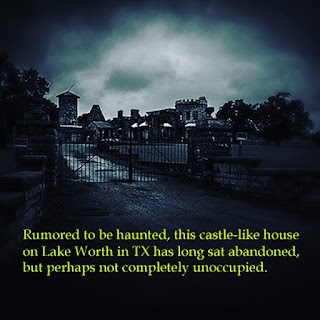 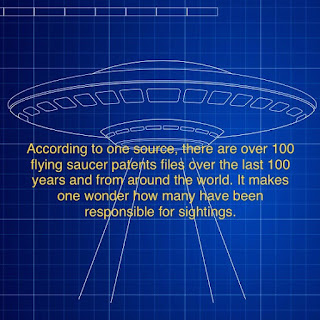 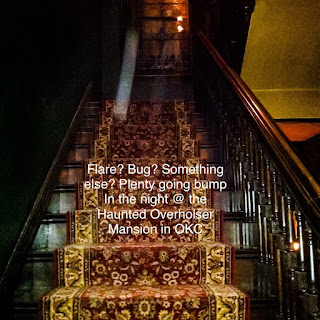 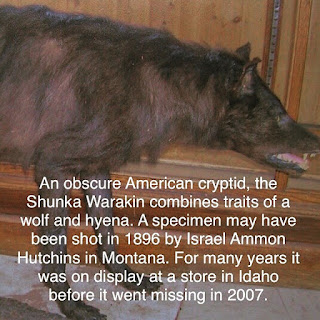 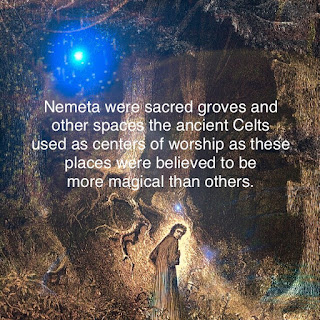 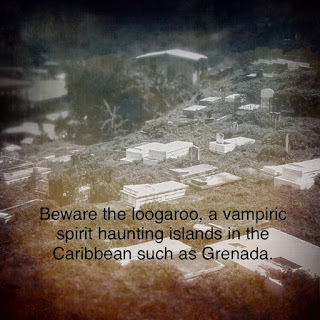 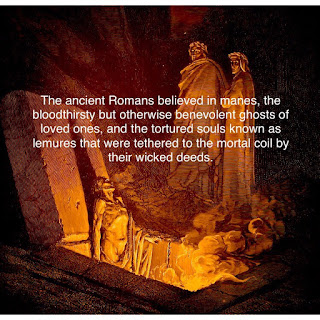 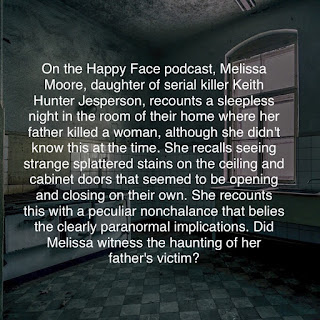 On the Happy Face podcast, Melissa Moore, daughter of serial killer Keith Hunter Jesperson, recounts a sleepless night in the room of their home where her father killed a woman, although she didn't know this at the time. She recalls seeing strange splattered stains on the ceiling and cabinet doors that seemed to be opening and closing on their own. She recounts this with a peculiar nonchalance that belies the clearly paranormal implications. Did Melissa witness the haunting of her father's victim?
No comments: Links to this post 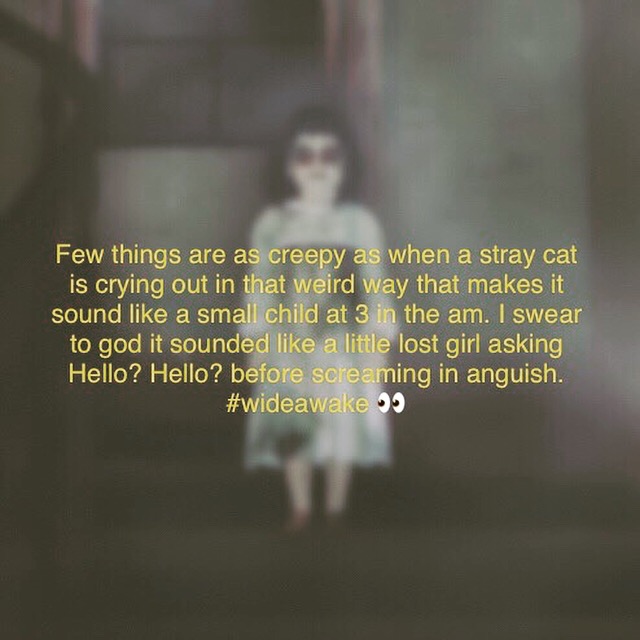 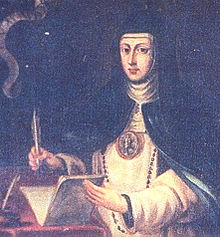 According to legend, in the 1620s, a Spanish nun by the name of Maria de Agreda claimed she would enter a trance while praying and bilocate (a psychic or metaphysical state where a person or object appears in two places at once) to New Spain where she would minister to the native people she encountered. It is said, that from completely unrelated sources, the Jumano tribe of Native Americans living in what is now San Angelo in West Texas were reporting supernatural visits from a woman dressed in a blue cape and head covering that accurately described the habit of the Abbess.

Sister Maria, who had never been to the New World, was able to describe quite accurately the plants and animals found in the area as well as how the Jumanos dressed.

Records indicate that Friar Alonso de Benavides, a Franciscan in New Mexico, first reported her appearances to the Spanish court in 1630. Later, he was able to interview Maria de Agreda himself at her convent in Spain and corroborate much of her testimony.

When Maria de Agreda died, she was declared Venerable by Pope Clement X and a process of beatification was begun in 1673, though it has not yet been completed. Claims of corporeal incorruptibility were bolstered when after various examinations of her body over the years it was determined to have undergone little deterioration. To this day, her remains can be seen on display in the Church of the Conceptionists Convent in Agreda, Spain. In 2002, after the 400th anniversary of her birth, many Catholic organizations began petitioning for her beatification process to resume, in hopes of Maria de Agreda becoming a saint.
No comments: Links to this post 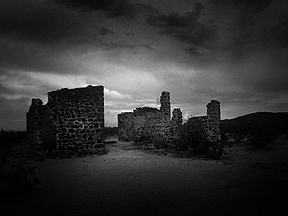 Southwest of Tombstone, AZ lies the blood soaked ruins of the Brunckow Cabin. At least 21 people were killed here by various persons between 1860 and 1890. Many of these were buried on the property. And, according to some, their disquiet souls make the occasional appearance. Is this a testament to the savagery of frontier American life? Or could there be something about the site upon which the cabin was built, something that reaches into men's souls to twist and corrupt?

Many of those who owned the land, lived at the house, or even just visited briefly found themselves meeting tragic ends.

German immigrant Frederick Brunckow arrived in the US around 1850 with an education in mine engineering from the University of Westphalia. This work eventually brought him out to Arizona where he would eventually open up his own mining operation 8 miles southwest of Tombstone where he built a simple adobe cabin as sleeping quarters for his workers. On July 23, 1860, one of the miners--William Williams--returned from a supply run at Fort Buchanan to find his cousin and fellow miner dead. Williams fetched soldiers from the fort. When they returned the next morning, several men were missing and two more bodies were found--including Brunckow--and over $3,000 worth of materials were missing. The cause of death in each of the men indicated murder. Later that night, the camp cook returned to camp with a tale that he had been taken hostage by some of the Mexican miners who had been hired on by Brunckow. As they crossed the border back into Mexico, the men let the cook go.

In 1873, two men -- James T. Holmes and US Marshal Milton B. Duffield both laid claim to the cabin. Their dispute led to Holmes killing Duffield with a shotgun. The Marshal was buried at the cabin and Holmes was arrested.

Prospector and "father of Tombstone," Ed Schieffelin, recorded that even in 1877 there were already several graves at the cabin, likely men who met their fate at the hands of raiding Apaches.

Outlaw Frank Stilwell owned the land for a bit. On March 20, 1882, Tucson deputy marshal Wyatt Earp gunned him down in a Tucson train station.

In 1897, it was reported that a group of thieves that had recently robbed a Wells Fargo shipment of gold quickly began arguing among themselves about how their spoils should be divided. It didn't take long before weapons were drawn and the men all lay dead at the cabin and the gold was reclaimed.

Since the 1880s, reports of ghostly sightings have made their way to Arizona papers and locals began to give the old adobe structure a wide berth. Some witnesses claimed to have seen the apparition of a man wandering about the cabin at night, seemingly in search of something. Lost gold?

Was the thieves massacre born of an evil in the hearts of criminals or did this blood soaked land reach out with supernatural persuasion to whisper further malice into the hearts of these thieves?

Not much remains of the structure today: the foundation supports a couple of crumbling walls. The graves are still there, but most have lost their markers. Time, the elements, and vandalism have left the Brunckow Cabin as a ruin in the Arizona Desert, home only to the ghosts of its tragic history.
No comments: Links to this post 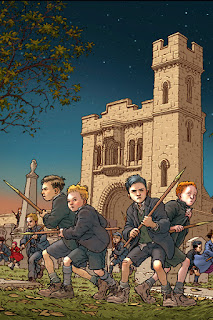 One dismal night in 1954, hundreds of Scottish school children--armed with wooden stakes and other weapons--swarmed Glasgow's Southern Necropolis cemetery to slay a vampire. The creature dubbed the 'Gorbals Vampire,' was a 7-foot tall, fearsome apparition with iron teeth. According to rumors circulating among the students, the vampire was responsible for devouring two small boys. The local constabulary was wholly unprepared for the mass of tiny vampire hunters darting about the cemetery's many Gothic Revival tombs as the Hadean fires of a nearby foundry illuminated the cemetery in hellish hues. Policemen such as PC Alex Deeprose were unable to persuade the kids to leave the cemetery. Eventually, it was the chilling rain that dissuaded them from their hunt. Still, they would return for the next two nights before eventually giving up. Or maybe they got their man. In the aftermath of these events, concerned parents, concerned citizens, and local churches began to look for someone to blame in all this. They settled on the Americans and their horror films and comics that were washing up on the shores of Great Britain like so much detritus. Much of this stemmed from the fact that a popular horror comic of the time was titled "The Vampire with the Iron Teeth," completely ignoring that their own cherished Bible contained reference in the Book of Daniel to a dreadful, terrible beast with iron teeth. There was also a legend from the 19th century about an old woman with iron teeth that stalked a local park known as Glasgow Green. So, did the children really let their imaginations run away with them? Or is there something more sinister lurking about the crumbling old tombs of this ancient Scottish city?
No comments: Links to this post