Roundup of the Rare: Strange (but true?) Stories From Around The World. 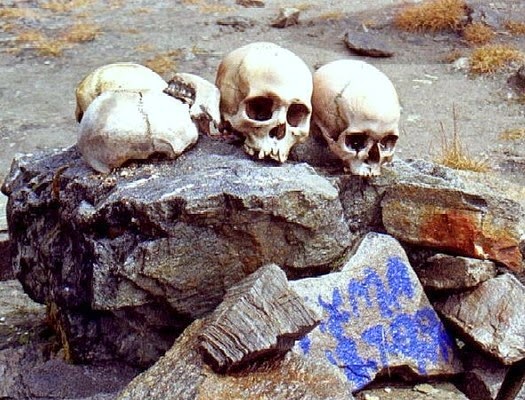 Roopkund is a glacial lake in India's Himalayan region full of ancient skeletons that become disturbingly visible when the snow melts. No one knows exactly why so many bodies lie at the bottom of this lake. It could have been war, disease, or ritual. Scientists at National Geographic examined 30 of the skeletons and concluded they were all Indian. Other artifacts, such as clothing, spears, and wooden implements were found as well. Approximately 300 individuals rest in the lake's icy embrace, most dating to the 9th century. It seems by DNA composition to have been a party of Konkanastha Brahmins on a pilgrimage from  Maharashtra to Tibet as part of festivities that took place once every 12 years among members of the Nanda Devi cult. But how they died remains the biggest mystery. Were they attacked or did they succumb to disease or weather?

Leave it to the Icelanders to have a Christmas monster more terrifying than the Krampus. Everyone, meet Grýla, an ogress that lives in a mountain-top lair who descends at Christmas to punish naughty children--by eating them. Her favorite dish is a stew of naughty kids. When she’s not consuming children, she’s also the mother of the Yule Lads, a group of miscreants who in modern times have become the Icelandic version of Santa Claus.

The intense heat and light of the Hiroshima and Nagasaki atomic bomb blasts left behind ghostly silhouettes of human beings whose lives were erased in an instant. These "shadows" are permanently etched onto buildings and sidewalks throughout the two cities, though fewer remain with each passing decade. 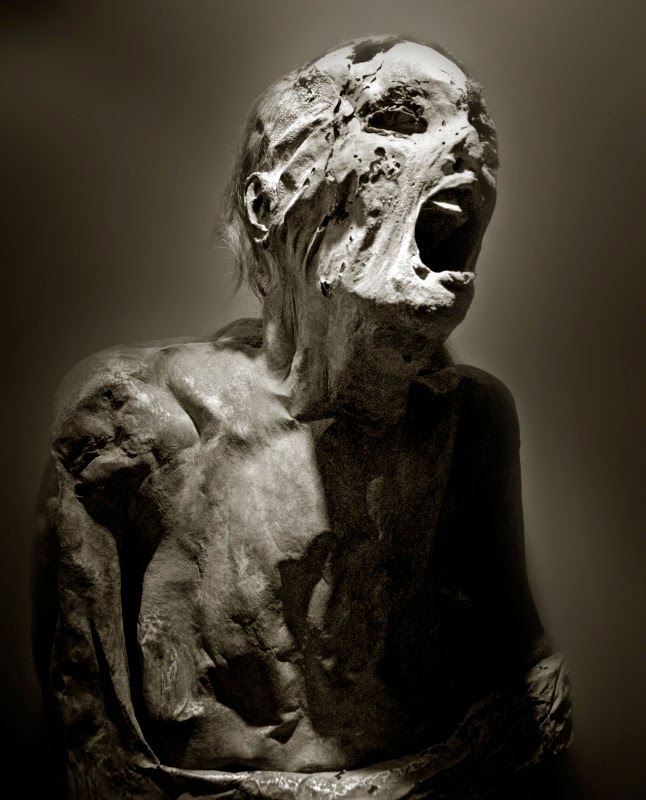 The Guanjuato Mummies are considered to be among the strangest and most horrifying in the world. Contorted faces on some of the mummies have given rise to the belief that some of them were buried alive. After author Ray Bradbury visited the catacombs in Guanajuato he stated "The experience so wounded and terrified me, I could hardly wait to flee Mexico".

I should note that some of this writing was pulled directly from blubs on Pinterest. These disparate authors remain unkown, but I appreciate their efforts at chronicling some really weird stuff.

When you thought Hollywood can make something scary, think again.