As Predicted, Fakes Abound In Wake Of Ghost Apps

As I cautioned last July, there were soon going to be more fake ghosts out there. I mean, aside from those we might believe to be fake, there are now many known fakes being proffered as truth.
﻿﻿﻿﻿
From a video posted by paclives692002 on YouTube entitled "Oklahoma Ghosts (Proof? You be the judge) comes this image:
And then, over at a website for a paranormal investigation team from northern Alabama, we find this... 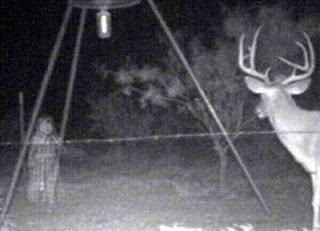 Posted by a user known only as "ruby", it's unmistakably identical: the same gingham dress, the same yoke collar, the same tassle belt hanging down low.... 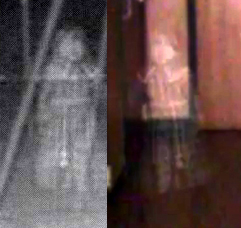 How do I know? Because she can be found in this app from GDE Film called "Ghost Capture". This software allows users to deposit a "ghost" into a picture taken with an iphone or similar device. It's meant to be a gag, something fun to laugh about. However, some are out there promoting these as "real". 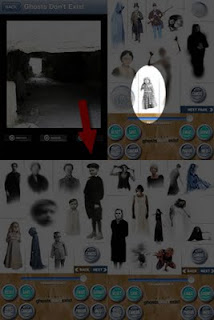 Don't you understand!!!??? Sometimes you have to create a fake to prove something real...Ha!Ha! You do not understand the logic...Guards! Where is my medicine....They never understand....never...mmwaahaaa

Fantastic catch, Cullan. No one can get one past you. I so wish you could be on my team, POE.

Another one people are believing.